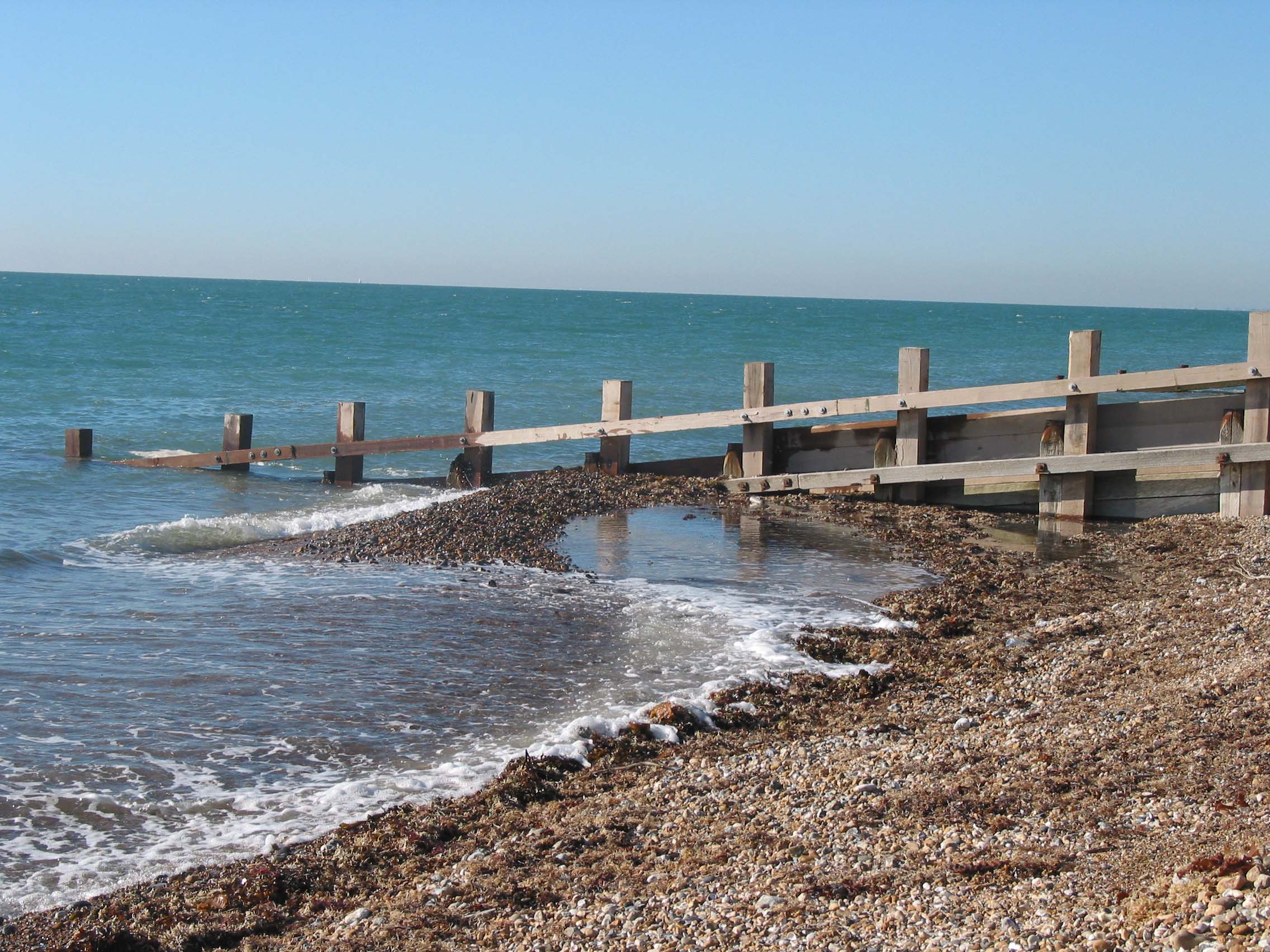 The Parish of Kingston would originally have been an estate of the King. The village is not mentioned in Doomsday, so it must have been the outlier of a more important place. Such an estate would have been Lyminster, which had long been in royal hands and had a large population living in several villages. The Parishes of Kingston together with Wick were acquired by Tewkesbury Abbey, early in the 12th century. The Parish of Kingston used to extend further south than it does today before it fell victim to the long-standing problem of coastal erosion and the Great Storm.

The settlement of Kingston was in Kingston Street, now known as Peak Lane. It is not known if the settlement extended as far South as the lost Chapel. It would appear that the only parish road was the Street, running directly north from the sea through the village, past West Kingston to East Preston. This road was later moved away from West Kingston House and a corner made turning towards East Kingston so that now Peak Lane is a separate road. In East Kingston a lane to the sea was a change in the 1800's, serving the signal station and lighthouse cottages.

The old Chapel had already been lost for some years when the Great Storm of 27th November 1703 destroyed the whole village, as well as a number of others along the coast. It was this same storm that washed away the Eddystone Lighthouse and where a number of capital ships of the Royal Navy were driven onto the Goodwin Sands and sucked down into the quicksand with tremendous loss of life.

Erosion of the coastline in the area has always been a problem and off Kingston, and seen at very low tide, are some rocks which some speculate are the remains of the Chapel that once served the old settlement of Kingston, before being lost to the sea. It is believed that the remains of the Chapel were dismantled to build the new Ferring Church much further inland. The poor state of the Chapel was mentioned in a church inspection book in 1602, and in 1626 the Chapel was abandoned to the sea. In 1635 it was noted in a survey that only the churchyard still remained. See press release below:

A 2 ton natural boulder in the shape of a seat has been unveiled on the West Kingston greensward to mark where the old Chapel of Kingston was lost to the sea.

Some 250 yards out to sea from the commemorative stone, just South of the Black Rocks which are seen at very low tide, is the site of the Chapel that once served the old settlement of Kingston.  Because of coastal erosion it is said the Chapel was lost to the sea in December 1626.

The idea for a marker was suggested by a Kingston resident and the Council then came up with placing this unusual seating stone.  Advice on determining the wording for the stone was sought from local historian Richard Standing, the East Preston and Kingston Preservation Society and the Ferring History Group.  A full history of the Chapel can be found on the latter’s website.

The seating stone has its own history dating back thousands of years to the Ice Age.

Mid Wales Stone said “This was found in Trawsfynydd in mid wales, by a enthusiastic farmer always looking out for good artwork.  We would class it as a glacial boulder. In the many years that we have been sourcing boulder seats, we haven’t quite know anything like this one.  We are over the moon that this piece has gone to such a stunning location.”

The Welsh stone, complete with a plaque giving details of the Chapel, was unveiled on Friday, September 4th, 2020 by Councillor Geraldine Walker, Chairman of Kingston Parish Council.  She said it would give the opportunity for residents to sit in a beautiful spot and look out towards the lost Chapel.